IT in Business - The New Mantra for the CIO

The Role of DCIM in a Lean, Clean and Mean Data C

Technologies Taking Industries to the Next level o

Predictions 2018: Areas In Which AI And Machine Learning Will Make An Impact 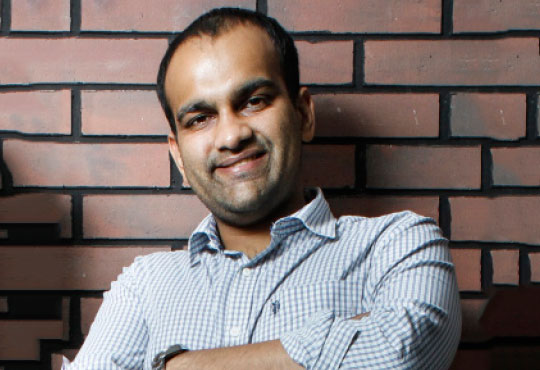 Artificial Intelligence has been the buzzword in 2017, being at the forefront of scientific and busi­ness news the world over. Iconic names such as Stephen Hawking, Mark Zuckerberg, Elon Musk and Jeff Bezos have constantly been engaging in discussions, introducing new concepts and con­ducting trial-runs of offerings with AI and machine learning at their core. Come 2018, the impact of AI will be felt all the more strongly in every industry across various domains.

Machine learning-based Artificial Intelligence is an enabling technology that employs self-updating data programs in opera­tional devices to optimize business processes widely used across all sorts of applications. It is not a ‘business model’ but a digital tool that can enable a business to succeed in achieving pre-de­termined objectives. It is necessary to define the purpose of AI before it makes for regular headlines in 2018 to clear the percep­tion of businesses today who are adopting AI without researching whether their business needs it.

AI and analytics made headways into nu­merous fields during 2017. Enlisted below are a few of the areas in which AI is predicted to have the greatest impact in 2018:-

Roads have become one of the most unpredict­able spaces that have a myriad of factors that can become potential causes of danger. The early November accident of a self-driving shuttle and the Tesla car in autopilot has earned the wrath of road safety regulators regarding the potential negative impact of machine learning powered vehicles on roads. While none of the accidents were due to the AI powered vehicles per se, they lacked an essential response mechanism that would kick in to avoid accidents even when the fault is committed by others, which is frequently the situation on roads. Currently, programmers working at automated vehicle labs are trying to equip AI-powered driving assistance bots to make hundreds of decisions every second to ad­just and react optimally to any kind of stimulus. With the great headways they are making, 2018 will surely bring a revolution in the way humanity travels in the future.

Considered the ideal field for AI and machine learning to flourish, Robot­ics has progressed immensely during the last year, even making it to the top of the YouTube charts. Compa­nies such as Boston Dynamics and even Google themselves have been doing some tremendous work in the field that has seen a massive share of the wired humanoids’ inclusion in domains such as healthcare, wellness, industrial infrastructure to just doing backflips on cool music! With the robotic boom being called a ‘fourth industrial revolution,’ 1.3 million robots are projected to be produced globally within the next year.The ef­ficiency and the production value brought in by robotics can be gauged by the fact that, China, the world’s highest populated country, is quickly advancing as the world’s largest sales and growth market for industrial ro­bots even after being a labor-intensive economy. It sold a record-breaking 57,100 units in 2014 and is expected to account for more than one-third of the industrial robots installed world­wide.

What does a cultural Big Bang look like? With these words, Amit Sood, Director of Google’s Cultural In­stitute and the Google Art project described arguably Google’s most ambitious undertaking: that of pro­viding an exhaustive, anytime acces­sible overdose of the world’s best art in a variety of media to Google users. And guess which technology is at the core of this project? The AI powered Google Assistant. Siri, Cortana, Alexa, the world is rapidly being touched by a combination of these, and other similar digital identi­ties that have been trained to identify what makes an audience react and engage. For instance, the personal assistance chatbots being created by Haptik, India’s leading conversa­tional AI platform, have transformed the way individuals and organizations work by simplifying tasks, organizing work and answering user queries in the most natural conversational man­ner. It is even learning new languages without any manual assistance, just by observing regular chats between users and human agents!

By trying to tap into these reac­tions, AI enabled personal assistance bots have influenced audiences to an extent that they have perfectly blend­ed, and positioned themselves as an alternative for essential human com­munication. By expanding their realm of influence towards art, something fundamentally considered a product of the complex human consciousness, intelligence and expression, AI and machine learning have already started pushing the boundaries, which they will further continue to do in 2018.

Fin-tech platforms have been one of the most popular start-up categories for investment globally thanks to the unparalleled technological de­velopment they are bringing to the conventionally-run financial services sector. Basing their operations on al­gorithms, data mining and AI-based assistance powered through continu­ous machine learning, the financial sector has already been significantly revamped by the digital touch. In fact, millennials, unlike their parents, consider financial services as a con­sumer product and want to engage in it the same way they do with other services-through the digital medium. A recent study established that 40% of American bank customers have not been to a brick-and-mortar branch office for the last six months or more. Even closer home, urban net-savvy individuals are increasingly prefer­ring to operate through the internet, and with the emergence of crypto­currencies such as bitcoin involving processes such as data mining and blockchain, AI and machine learning will further play a big role in shaping this sector in 2018.

From demanding better, albeit homogenized services, the modern consumer has moved on to claim services that are ‘customized’ accord­ing to their needs. With the vast, yet limited scope of human resources, such an individualization of every service for each customer is not fea­sible. However, by combining the two forces of human discretion and the unparalleled power of AI to grasp and implement simultaneously, the collective experience of humanity in relation to every element in its sur­rounding will improve manifold. The year 2017 has been immensely signif­icant for the development of AI and machine learning, and as we move towards 2018 looking forward to a better future, this year will symbolize a giant threshold of time for future humans to glance back and say ‘look, this is when we took a giant leap of faith.’

Get To Know Your Assets Better With Next Generation Technologies

Unlocking Customer Centricity Within, Is Easier Done Than Said

Predictions 2018: Areas In Which AI And Machine Learning Will Make An Impact

The Role Of Technology In Mutual Fund Industry

Dual Mode of IT